A7. To and from Nicaragua

Shortly after the kids returned to Seattle and Cindy and I celebrated yet another anniversary, she flew to Portland for a visit with sister Julie.

On March 30, good friend and trusted shipmate, Jeff Sibold, joined Pazzo for a leisurely run south to Huatulco. Good sailing with spinnaker much of the time. We found a few lovely anchorages, met a few surfer-dudes at Bahia Chacahua, caught a couple of nice yellow-fin tunas (yes, sashimi was on the menu), enjoyed some pristine beach-walks and even found some fine snorkeling. After a week or so, we tucked Pazzo into the very surgey Marina Chahue to await Cindy and John. Many thanks to Jeff for being a good sport and fine companion!

John and Cindy arrived on April 8, 2017 for the feared Tehuantepec crossing. The gulf of Tehuantepec is a slice of the Pacific Ocean that lies just south of South-Western Mexico. It is downwind of Chivela Pass, a gap in the Sierra Madre Mountains near the Guatemalan border. The northerly gap winds are notoriously strong, known to sand-blast the paint off ships. The typical strategy for crossing the gulf is to “keep one foot on the shore,” meaning to stay very close to shore to avoid the big waves that quickly build to dangerous proportions only a few miles off shore.

Team Pazzo chose a different strategy: Wait for a break in the winds and then sail and motor like mad along the 250 mile rhumb line, direct to Chiapas, Mexico. While we were happy to skip the exciting winds, we could have appreciated at least a zephyr. We motored nearly the entire leg ☹, stopping occasionally for a swim-break. The sea was glassy calm with only dolphins to add interest to a boring crossing. Boring can be good.

We spent only a couple of days in Chiapas, visiting with other cruisers and organizing visits to immigration, customs, port captain, and, lastly, the navy for a thorough inspection… complete with drug- and money-sniffing dog. On April 13, we cast off from Marina Chiapas for a 2-day hop south to Nicaragua with a brief rest-stop near a quiet village on Isla Meanguera, El Salvador. On Easter Sunday, we sailed the final few miles to Puesta Del Sol, a lovely small marina in northern Nicaragua.

Officialdom for most cruisers is a frustrating ordeal with much paperwork, expense, and footwork to find the various offices, hoping to avoid con-artists posing as officials. Team Pazzo, on the other hand tries to embrace the challenge and considers the ritual entertainment. The inefficiency is truly astounding. At least in Puesta Del Sol, all the officials come by taxi at the same time and set up shop in the marina office. $25 for this, $40 for that, and $10 for the other guy. Oh, and don’t forget the taxi fare to get ‘em all home again! Do you have 5 copies of ships’s documentation, passports, insurance policy, your exit Zarpe (permission to leave the previous country)? That’ll be another $10 for the 1975 vintage photocopier. Ah, it’s finally done and time for a cold Cerveza!

We left Pazzo for a week of inland touring in Nicaragua where we rented a tiny Suzuki that struggled up the hills with John, Cindy, and me. Our route took us most of the length of Nicaragua, but skipping the sprawling capital of Managua. “Just another big dirty city,” we’d been told. We thoroughly enjoyed Granada were we enjoyed the hospitality of John’s ex-California neighbor Nancy Bergman and her Casa San Francisco boutique hotel. Following Granada, we drove to Lake Nicaragua where we took a rusty ferry packed tight with cars, trucks, motorcycles, bicycles, and foot passengers to Ometepe Island, a collection of volcanos about 15 miles from the western shore of the lake. Ometepe was a treat where we discovered good food, great drinks (Maracuya Margaritas) , Howler Monkeys (who were quite keen on Cindy’s banana), a few delightful swimming holes, and an odd eco-hotel that couldn’t be harder to find.

On our way back north to Puesta Del Sol, we stopped for a short visit to the city of Leon and a tour of the Flor de Cana Rum distillery. “Tour” is a generous term for the brief visit to the area where hand-me-down oak barrels from Jack Daniels are assembled and then off to a tasting room factory store. Distillery? Not at this site. Disappointing. The good news, however, is that our “tour” left us plenty of time for grocery shopping before returning our Budget rental car and snagging a taxi back to Puesta.

April 24 found Pazzo heading south to San Juan Del Sur, a big but protected bay with healthy fishing industry in southern Nicaragua. John’s friend, Anna Brinson, joined Team Pazzo for a few days of exploring the town of San Juan Del Sur. One of the treasures we found was Miguel’s Street Tacos where we enjoyed several lunch burritos ☺!! Several nice hikes around town – one to the huge “Jesus” statue on the northern hill overlooking the bay. Kinda nice having the “big guy” keeping an eye on the boat for a few days ☺.

On April 30, we hoisted anchor and bid farewell to Nicaragua. By mid afternoon, we had our pick down for an overnight rest in Bahia Santa Elena, the northern-most bay of Costa Rica. We spent the afternoon snorkeling with sting rays, sea turtles, spotted rays, and lots of pretty fishes, then a hike along the shore before returning to Pazzo for fish tacos and an early night.

May 1, 2017 : Happy Labor Day in Central America! Pazzo hauled anchor at first light in order to get offshore and (hopefully) clear of the lightning that tends to be more intense near the coastal mountains. The theory was sound, but in practice the lightning extended well offshore, and well beyond poor Pazzo. Our entire first night at sea was reminiscent of a disco with non-stop strobe. Easy to see our sails, but disconcerting, nevertheless. Fortunately, most of the lightning was of the “sheet” variety with very few bolts. This was the last of the electrical activity for this, otherwise uneventful, trip.

On May 6, Team Pazzo crossed the equator for the 4th time! Woot-Woot! Shellbacks again! The following morning, we pulled into Bahia De Caraquez, Ecuador with the able help of Pilot Ariosto from Marina Puerto Amistad. We picked up a mooring in front of the club-house (no docks) and welcomed Anna Brinson back aboard.

Time to make plans for touring Ecuador and the Galapagos by plane and bus! 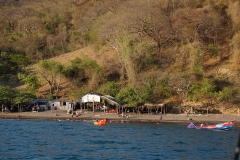 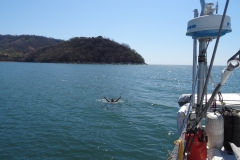 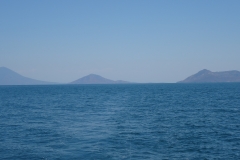 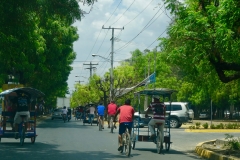 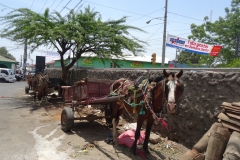 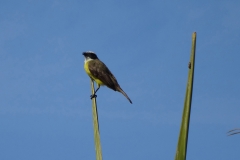 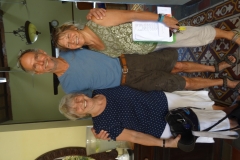 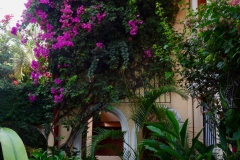 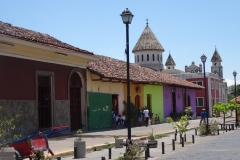 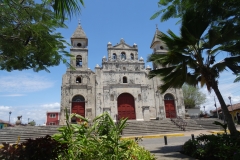 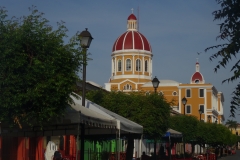 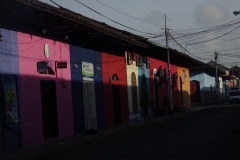 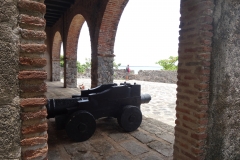 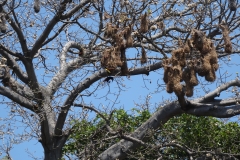 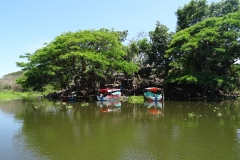 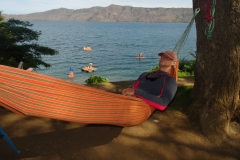 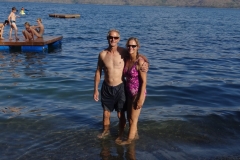 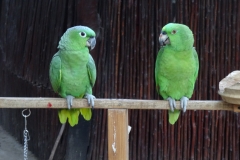