2015 was a roller coaster ride for Team Pazzo.

The boat spent January and February in a shed at Canal Boatyard in Seattle. While on the hard, we completed a number of out-of-the water projects including rebuilding and strengthening the rudder, adding a thru hull connection, repairing an osmosis problem at the stern, rebuilding the MaxProp, painting the topsides a lovely seafoam green color with Alexseal 2-part polyurethane, and a host of other smaller projects.

Pazzo enjoyed a 2-month break in March and April from all of our “love,” while Willy recovered from a low-back injury (the result of 55 years of too much fun and crappy posture).

May thru August were busy months with interior projects (new counter tops, refrigeration system, electronics upgrades) , replacing our original Selden mast with a new Carbon spar from NZ Rigging in Auckland, NZ., and replacing the stem fitting with a new stainless weldment and removable carbon bow sprit. We replace our mainsail and fitted a new asymmetrical spinnaker on a top-down roller furler.

Finally, on September 1, we slipped our moorings and headed north to test out new systems and identify additional problems that would need attention before our grand departure in September 2016.

September often brings an Indian Summer to the inside waters of Vancouver Island, along with the exodus of the Canadian and American cruising community. The plan was to bookend two weeks exploring the Broughton Island Group toward the north end of Vancouver Island with a couple of weeks relaxing in the warmth and beauty of Desolation Sound.   The weather Gods, however, had a different plan…

Our trip north to Desolation Sound was decidedly wet and gloomy with similar conditions forecast for the following week as well.   Time for plan B.

We sailed north thru Johnstone Strait where we were welcomed to the Broughtons by humpback whales, dolphins, otters, black bears, and plenty of bald eagles.

Perhaps the perpetually drizzly and gloomy weather explains the dearth of cruisers in the islands in September. We shared anchorages with other cruisers or fishing boats only a couple of times duringour two weeks in the archipelago. While we appreciated the solitude, we enjoyed the diesel furnace even more! Despite the weather we made regular shore visits in our tall rubber boots and explored the area from our folding kayaks.

Pazzo spent two nights anchored deep in Viner’s Sound.   Cindy named this anchorage, “Eagle Alley” after the many, many eagles that came and went up the valleys. Apparently, good fishing where the stream empties into the head of the Sound.   Joining the eagles was a young black bear moseying along the rocks less than 100 feet behind the boat. Of course, Cindy snagged a few good shots of our visitors!

In truth, the weather wasn’t uniformly dreary.   The sun did show through a few times, reminding us how beautiful these islands are. The 12 foot tidal range offers world class tide pools and easy pickin’s for the blue herrons.

On the positive side of the rain ledger are the incredible waterfalls that decorate the granite walls of many islands.   Trickles on dry days become torrents during rain storms.   Cindy snapped some beautiful shots of Pazzo against a beautiful backdrop of Lacy Falls along Tribune Channel.

After two weeks mostly alone, we made our way south to try again for sunshine in Desolation Sound (about half way along Vancouver Island on inside passage).   On September 26, we enjoyed a lovely spinnaker run down Johnstone Strait.     The sun was out and the wind was on so we (stupidly) agreed that this would be a great time to snag some shots of Pazzo under kite.   So, we rolled up the spinnaker and launched “Ooo-Ha” Dink with Cindy and her cameras. Willy rolled out the kite and Cindy sped ahead to capture the moment.   Unfortunately, the wind promptly built to 18 knots (rather much for our big sail) and Pazzo outran Cindy and Ooo-Ha who were no battling building waves trying to keep up. To further complicate the situation, Willy managed to wrap the spinnaker around the furled jib, thereby preventing it from rolling back up L.     This problem was quickly solved with an old-school spinnaker douse in the lee of the mainsail.   No-harm-no-foul, but a mess of sail and sheets on the foredeck.   With Cindy and Ooo-ha back aboard, we agreed that poor judgement had prevailed!   Spinnakers ALWAYS require at least 2 people and action shots from the dink demand a cameraman PLUS a driver!

To our delight, the weather Desolation was much improved and the Sound was deserted. From September thru May, Desolation Sound earns it’s name!    We anchored near the small dock in Teakern Arm where we were the only boat!   Refuge Cove Marina was closed for the season, but we were able to find a few supplies at Squirrel Cove were the store is open year-round.   We did find a handful of cruising boats in Prideaux Haven, Desolation Sound’s most popular anchorage.

We spend a few wonderful days in False Creek, Vancouver, BC, with new friends Cress and Irene Walker aboard “Conversations,” Pazzo’s sistership.   Cress and Irene were recently back from circumnavigating the globe and were, of course, overflowing with great stories of high adventure.   A real treat for Team Pazzo!

By October 8, Pazzo was back tucked into her slip on Lake Union with a long list of winter and spring projects ahead of us. 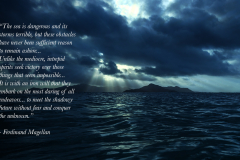 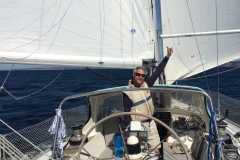 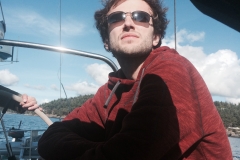 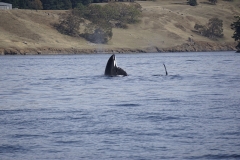 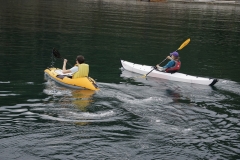 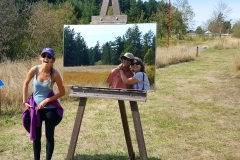 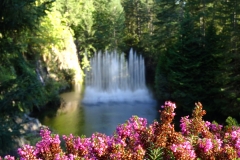 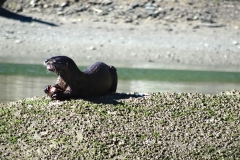 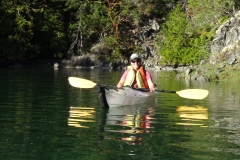 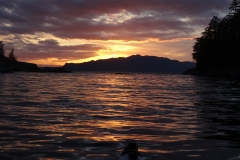 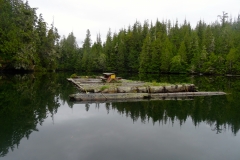 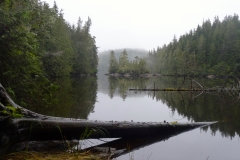 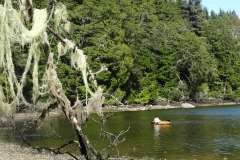 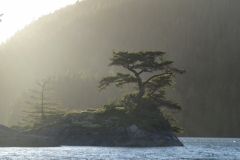 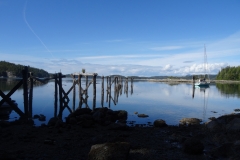 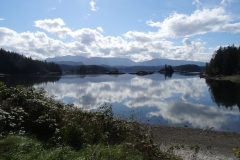 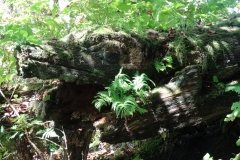 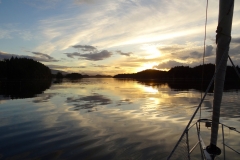 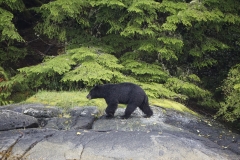 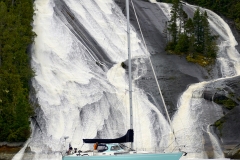 1 2 ►
This entry was posted in Uncategorized.