Pazzo took leave of the beautiful Northwest in early September with a sturdy and able crew including Eric Egge, Eric Sanderson, Eruk (Jeff) Siblold, and Airk (Willy) Stiggelbout.   We decided on a naming convention that would allow for interchangeability.

After spending a short but restful night anchored off Port Townsend, our beat out the Strait of Juan de Fuca featured a breaching whale show which was quickly spoiled by the “gunshot” of a failed jib sheet that seemed to have scared the whales away… and just as we were getting cameras ready L.

We turned the corner at Tatoosh Island around midnight and headed southwest to clear the shipping lanes and search for tuna. Weather was cold and damp. For two days, we alternately beat and motored our way south until the 3rd day when the wind went north, allowing for a lovely spinnaker run. After most of the day under the kite, the wind kicked up past 20 knots (limit of spinnaker) so we proceeded wind-and-wing with full main and jib on pole. Wind continued to build   into the high 20s with gusts into the mid 30s. Boat was sailing fast but new autopilot was unable to sail the boat down the 3 meter quartering waves . An accidental crash gybe punctuated our disappointment with Raymarine’s “smart” autopilot.

After a boisterous ride down from Cape Mendacino, and one nice albacore tuna, the wind eased and we motored the final ½ day into the Golden Gate of San Francisco.

Pazzo rested for 3 weeks in Sausalito while we finished a number of projects, visited family, and returned to Seattle to tie up some loose ends.

On October 5, Pazzo was again underway under the command of the 3 stooges: John, Cindy and Willy. The next 3 days saw winds ranging from zero to 24 knots, predominantly from the northwest. Lovely sailing conditions.   Sadly, the wind took leave of Southern California for the final 24 hours of our passage, leaving us to motor our way to San Diego.

We split our two weeks in San Diego between various cruiser’s anchorages and the hospitality of the San Diego Yacht Club, thanks to Pete and Tania Swain. Thoroughly enjoyed catching up with friends Chris and Mary Snow and Camille Ohlsen and Rick Smith. After a quick weekend trip to Los Angeles to see Cindy’s sister (Julie) and her family along with the family Tveit, we finished a few more projects and made one last Costco run before heading south into Mexico.

October 23: Farewell USA. We passed Point Loma about midnight en route to Ensenada where we cleared customs, immigration, and quarantine the following day. Our departure was partly driven by a need to stay ahead of the 180+ boat fleet comprising the annual Latitude 38 Baja Ha Ha cruiser’s rally. No interest in partaking in this bedlam!

We’re sad to report that the process of clearing into Mexico is still painful, even though Ensenada has co-located all the officials and bank in the same small building.   From what we can tell, the process is very streamlined and goes smoothly…. If you spend a day in one of several marinas where agents help you through all the steps. Those who choose to go it alone are in for a painful ordeal. Fortunately, one of the local marina agents took pity on us and helped us through the many steps.   We were able to weave our way thru the bureaucracy and after 3 hours in the small office building, we were eager to hoist anchor and make our way out of dirty Ensenada harbor.

We spent the next week hopping from anchorage to anchorage, down the Pacific coast of Baja. Fair winds from astern provided plenty of opportunity to learn how to fly our new asymmetrical spinnaker while escorted by dolphins and pilot whales (well, only one, actually). Plenty of time with “Perky” our trusty Perkins 4-236 engine as well.   Halloween found Pazzo testing her ground tackle in the sandy bottom of beautiful Bahia Santa Maria.   We shared this very large bay with a couple other yachts as the wind gusted to 30 knots, thankfully for only a few hours.

This is our 3rd trip along this coast and, as always, we enjoyed a stopover in Bahia Magdalena (Mag Bay). This is a popular breeding spot for Grey and Humpback whales, but they don’t arrive until early spring, so, sadly, no whale visits this trip.   Instead, we sailed and motored deep into Mag Bay for a fun 2-day visit to the small town of Puerto San Carlos.   Of course, we had to take in the annual Fiesta de San Carlos, which coincided with our visit.   More of a carnival than a festival, the Fiesta proved to be a fun family affair with delicious “Tacos Al Pastor,” fresh tacos with meat carved off of a rotating roasting spit.

On November 6, Pazzo sailed out of Bahia Magdalena for a 36 hour (mostly) motorboat ride south around the South tip of Baja, past Cabo San Lucas and into the small port of San Jose Del Cabo.

SDC is a friendly small Mexican city with modest tourist activity and a lovely small harbor to accommodate a healthy sport-fishing fleet and, yes, a Walmart store.   Pazzo enjoyed a fine fresh-water bath at the first class marina and John, Cindy and I all feasted on a good internet connection in the land of fine margaritas!

From the Los Cabos airport, Cindy flew home for a week with sister Julie and birthday dinner with Zach.   With well-rested crew reduced to John and Willy, Pazzo sailed North into the Sea of Cortez. 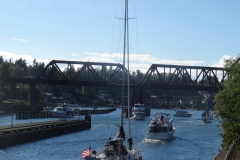 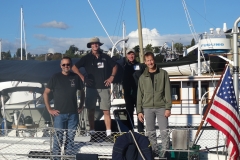 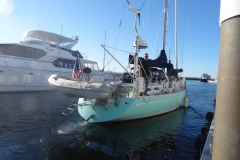 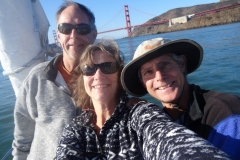 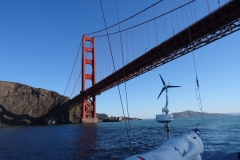 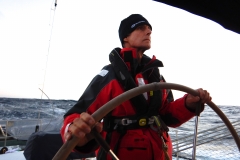 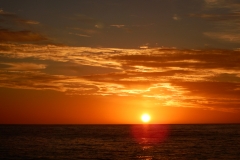 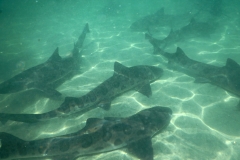 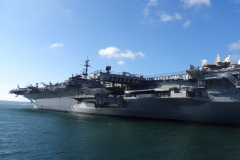 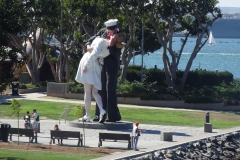 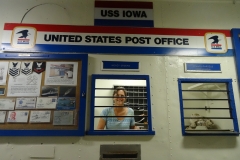 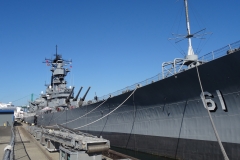 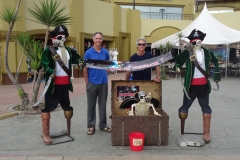 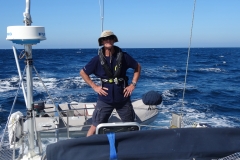 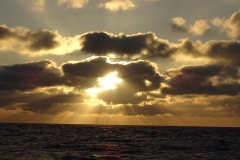 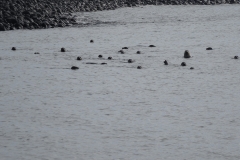 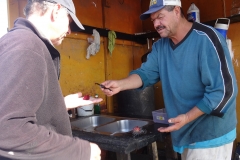 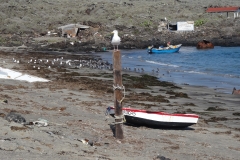 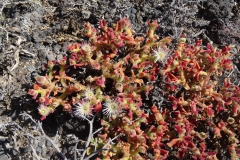