The Caribbean hurricane season officially starts on June 1 and extends thru November with the preponderance of storms concentrated in August, September and the first half of October. November historically averages one hurricane force storm every 3 years.

So, with odds on our side, we returned to Cartagena late in October to paint Pazzo’s bottom, finish a number of small projects, and launch ahead of an early November departure for Jamaica. For this leg of the adventure, Team Pazzo included good friend Jeff Mills from Carbon/Oculus/Seattle along with John, Cindy, and Willy. We anticipated boisterous beam reach for the entire 400 mile leg to Kingston, Jamaica. Unfortunately, the trades faded ahead of a trough of low pressure extending from the Bahamas all the way to eastern Panama. Instead of blast reaching with a doubled-reefed mainsail, we motored and made use of what wind we could find for the first hundred miles of the trip. Finally, the wind gods smiled and we were off and flying, bagging a nice mahi-mahi en route to a 193 mile day. Unfortunately, we also suffered a few equipment failures along the track. First, we pulled our vang fitting out of the bottom of our boom, tearing a sizable hole in the side of the boom in the process. Not long after, Willy accidentally unseated and dropped our barbeque overboard while attempting to recover our favorite bucket which had errantly scooped a full load of seawater at 8 knots. We whipped the boat around in a mock man-overboard drill and were able to save the canvas barbeque cover, but our vintage grill was well on its way to the briny depths. With a collection of blocks, tackle, and spectra lines we jury-rigged a serviceable boom vang for the remainder of the passage.

Tired from 3 ½ days at sea, we pulled in to Kingston, Jamaica (7th largest harbor in the world) and radioed Jamaica Coast Guard for permission to anchor off little Lime Key for the night. Sunday morning, we motored the final 8 miles to the Royal Jamaican Yacht Club for entry formalities (Customs, Immigration, Quarantine). True to its reputation, Jamaica isn’t hurried. We waited all day at the RJYC fuel dock for the assorted officials to check our papers and ask the same questions over and over. Fortunately, we found a warm welcome at the club bar, restaurant, and swimming pool. Waiting was no hardship! By evening, we were legal Jamaican visitors en route in Kamel’s “taxi” to Usain Bolt’s “Tracks and Records Sports Bar and Grill.”

Jamaica is a poor Caribbean nation facing an epidemic crime problem that’s the result of a poor education system and widespread unemployment. Kamel is lucky to have a car and has befriended a few members of the RJYC. Anyone with a car, motorcycle, or horse and buggy, and a customer can be a taxi. For $20/hour Kamel took good, albeit rattley, care of us during our Kingston stay. We spent a day working on a robust boom-vang repair, little thanks to “Milo,” a self-proclaimed machinist/welder who quickly proved his inability to read an engineering drawing. The facilities and equipment (including rusty drill bits) at his Maritime University machine shop should have been a clue that he wasn’t up to our needs. We also found time to visit the Bob Marley museum, a fitting tribute to one of Jamaica’s most famous personalities and take photos on the back of Usain Bolt’s (Jamaica’s other famous personality) powerboat.

After a couple of days touring sprawling Kingston, sampling jerked chicken, and enjoying the club’s hospitality, we were anxious to move on.  Cindy and I shipped anchor and motored Pazzo while Jeff ran and John picked up Milo’s “handiwork” and bussed the 8 miles down-harbor to Port Royal, once known as the world’s wickedest city. In the 1800s, Port Royal was a lawless haven for pirates and buccaneers, including the notorious Black Beard and Henry Morgan. Remnants of the original city and it’s fort are still in evidence.

From Port Royal, we began our counterclockwise trek around the island nation with a 25 mile passage to Pigeon Island. The wind was on and off and on again as we made our way out, around, and between reefs to the broad anchorage on the west side of the Island. With careful navigation, four good pairs of eyes, and despite an undocumented flashing red navigation buoy at the tip of the island, we dropped our anchor in 20 feet of water with good-holding sand. The following day offered a relaxing day of snorkeling, kayaking, and exploring the shores of Pigeon Island. Thanks to a passing lobster fisherman and John’s and Jeff’s excellent on-shore fire-making skills, we enjoyed a fine dinner of lobster and Chilean red. Happy Birthday Jeff!

The following morning, we got an early start for a 30-mile motor to Alligator Cay. As soon as we had our hook down, we were approached by a couple of pangas with about 5 sketchy guys each. They asked if we had any cigarettes or beer, presumably to trade for fish or lobster. They went on their way when we declined, but we quickly decided that this wouldn’t be a suitable anchorage for the night. We found B-grade snorkeling with nice coral but few fish. Not far beyond Alligator Reef, we set the hook in San Pedro Bay for the night in order to get an early start for our next leg to Black River.

Black River is a small fishing town in the middle of the south coast and best known for its crocodile tours. Years ago, American crocodiles were introduced to the river, accidentally or intentionally, and the population has grown to include 10- and 12-foot beasts today. We were rushed through a tour by a tour-guide who was concerned by approaching rain-clouds. We found a few reasonably stocked grocery stores and vegetable carts and bought a bottle of fine Jamaican red wine – later discovered to be a sticky sweet blend of Everclear and grape juice.

Our next stop at Bluefields Anchorage included kayaking and a visit to the Lunasea Bar, Grill, and Inn where we met owner, Linda, a retired physician from Mississippi, and enjoyed her rum-rich tropical punch while watching a classical Jamaican sunset.

From Bluefields, we sailed to Bloody Bay, a little bit north of the western tourist city of Negril. Bloody bay, named from the blood of slaughtered whales in the 1800s, is a lovely white-sand beach spoiled by wall-to-wall sky-scraping hotels where visitors are fiercely discouraged. We did manage to wiggle our way through a private resort complex where we found the main road and a taxi willing to haul us a few miles down the road to the Drifter’s Bar where one of the original Drifters sang doo-wop and R&B/Soul numbers from the 1960s and 1970s. Great listening while drinking Jamaican Rum in Cube-Libres and Dark & Stormys.

After a couple of nights in Bloody Bay, we had a bumpy beat out and around the western tip of Jamaica to Montego Bay where we anchored off the Montego Bay Yacht Club. The hospitality was warm but the showers were cold, as usual in this part of the world. On November 22, Jeff flew home to cook a Thanksgiving bird for his family in Chicago. Not minutes after his plane lifted off, the skies opened and it poured rain for the rest of the day and night – 8 – 10 inches in about 18 hours.

November 23 dawned cloudy but at least the rain was finished. Cindy decided to fly home to Portland to spend a few more precious weeks with sister Julie. While Cindy crossed the Rockies, John and Willy enjoyed Thanksgiving dinner aboard “Elizabeth” with ex-Portland Mayor Charlie Hales and his wife, Nancy. After dinner, and with the passing electrical storm moving off to the East, Team Pazzo (John and Willy) waved goodbye to Montego Bay and set off for the “forbidden” island of Cuba. 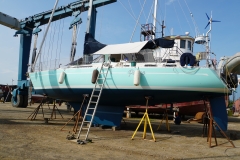 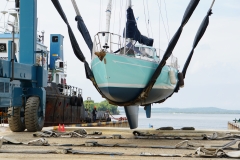 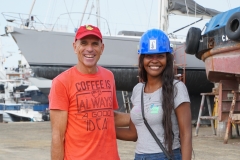 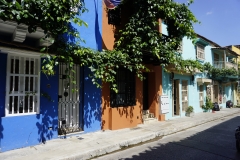 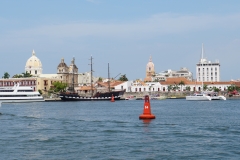 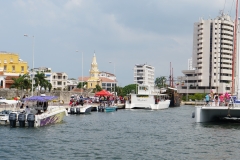 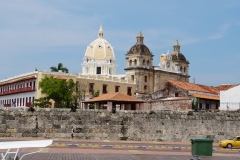 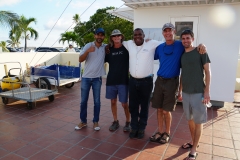 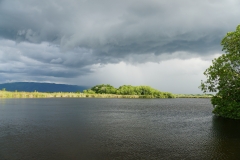 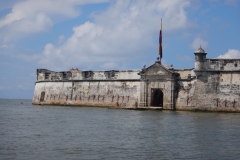 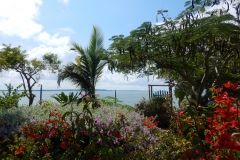 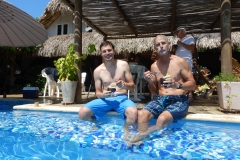 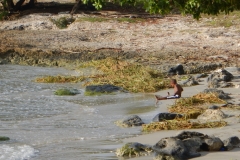 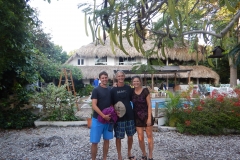 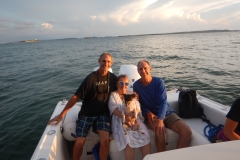 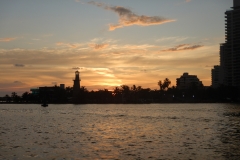 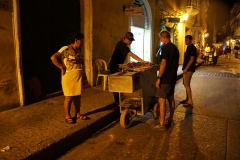 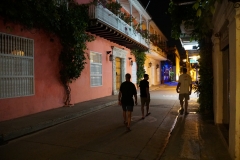 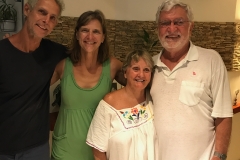